“When this business is over,” my grandfather wrote in a letter from northern France in 1916, “the country over which we are fighting will be a wonderful place to visit.” Presumably he meant the region had enough cultural and aesthetic value that, after all the mindless death and destruction, it would somehow be able to rebuild itself into a viable visitor destination.

He was right, but probably not in the way he envisioned. Flanders Field, which stretches across northern France and Belgium and was the site of much of the fighting, has recovered and rebuilt. However, compared to other parts of Europe, it is not terribly interesting. There are more memorable cathedrals, palaces, landscapes, and vintages elsewhere.

What the great attractions of Europe don’t have, however, are the headstones and the memorials. For all the historical grandeur of Paris and Rome, they were never a Somme, a Ypres, or a Passchendaele.

And that isn’t a bad thing. Without the distractions of a spectacular vista, palace, or grand art museum, the gravity of what took place in West and East Flanders is not lost or diluted. This is captured in some of the impressive memorials in the area – Vimy Ridge, where the Canadian army fought for the first time as an integrated unit and won a decisive battle – and Menin Gate in the Belgian town of Ypres, a memorial to 55,000 Commonwealth soldiers whose bodies were never found or identified.

But what struck me most when I visited the region were the cemeteries. There are hundreds of WW1 cemeteries in Northern France and Belgium, all well-marked and meticulously maintained. The Commonwealth War Graves Commission places a premium on preserving these grounds and employs more than 900 gardeners to maintain Commonwealth cemeteries worldwide. And it shows. Every cemetery I visited was impeccably attended to, with grass freshly cut and flowers adjoining the headstone of every Commonwealth grave.

The effort and attention to detail that goes into maintaining these cemeteries speaks volumes. These are not kings and nobility buried here, but young men who fought and died for a cause not clearly defined nor resolved. Despite the passing of a century, the cemeteries spread across Northern France and Belgium still faithfully honor their sacrifice. Life has returned to normal in this part of the world, but visitors cannot easily forget what was lost here. 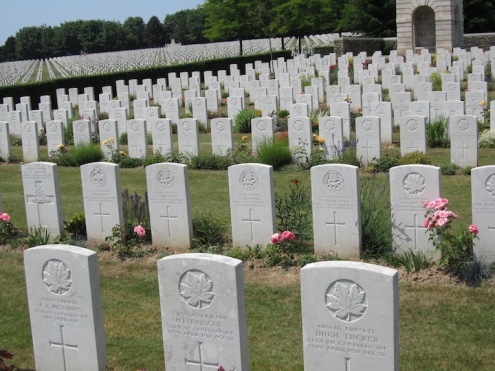 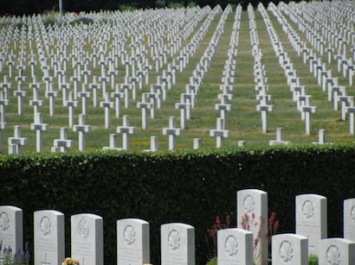 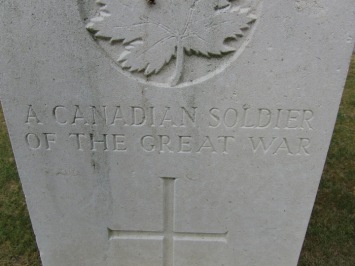