They say if you can ski Whiteface Mountain you can ski anywhere. I’ve yet to ski everywhere so I can’t truthfully vouch for the claim. I can safely say that Whiteface is a challenge, but well worth the visit.

Site of alpine events in the 1980 Winter Olympics in Lake Placid, Whiteface Mountain lays claim to the greatest vertical drop of any ski resort in eastern North America. Its top to bottom 3,166 feet even compares favorably with some western notables including Aspen, Canada’s Lake Louise, and Utah’s Snowbird.

Where it falls short compared to similar resorts out west is its offerings of powder and wide forgiving terrain. 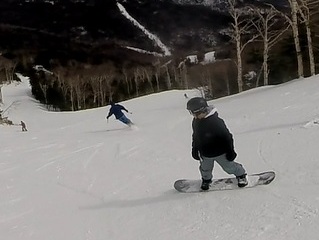 I first started coming to Whiteface more out of convenience than anything else. It was the most centrally located major ski resort accessible to skiing family members living in the east.

On my first visit, a car rental agent I spoke to in Burlington, Vermont referred to the resort as “iceface” mountain after describing what skiing there had done to his limbs and skiing career. Whether he was showing his bias toward nearby Vermont resorts I couldn’t say, but over the years of visiting Whiteface I’ve conceded that he did have a point.

Whiteface is an exciting, challenging, and temperamental mountain. One day can be spring-like with striking views of the eastern Adirondacks, the next socked in with blizzard conditions and zero visibility. Well-groomed trails can make even the most demanding runs a treat first thing in the morning, while powerful day time winds can whip the snow off the slopes, leaving behind a treacherous crusty layer just waiting to tear apart an unsuspecting tendon. There are plenty of more forgiving slopes if you stay away from the summit chair and the gondola, but why come to Whiteface if you want the easy stuff.

On this year’s visit – with willing family dwindled down to my diehard older brother and his son – we enjoyed one of our best Whiteface days followed by one of the more insane.

Day one conditions were clear, winds light, the temperature just below freezing, and ample amounts of natural snow covered nicely groomed hills. The next day a weather system rolled in and a snowy, wind-driven fog engulfed the top half of the mountain.

By mid afternoon they had closed the gondola and there were only two chairs operating.

An insistent nephew was the only reason we kept going to the top, persistence that turned out for the best when the clouds lifted toward the end of the day and we could finally see more than a few feet in front of us. Our final runs were some of the best of the day with some fresh snow on the slopes and the hill virtually free other skiers.

One of the nice things about skiing Whiteface is there is always a night in Lake Placid to look forward to to lick your wounds and have a decent meal. The main drag has plenty to choose from but local favorites Lisa G’s and Liquids and Solids on Route 73 are places to turn for some of the best Lake Placid has to offer. Try the Black Beaned Enchilada at Lisa G’s; let Liquids and Solids surprise you. 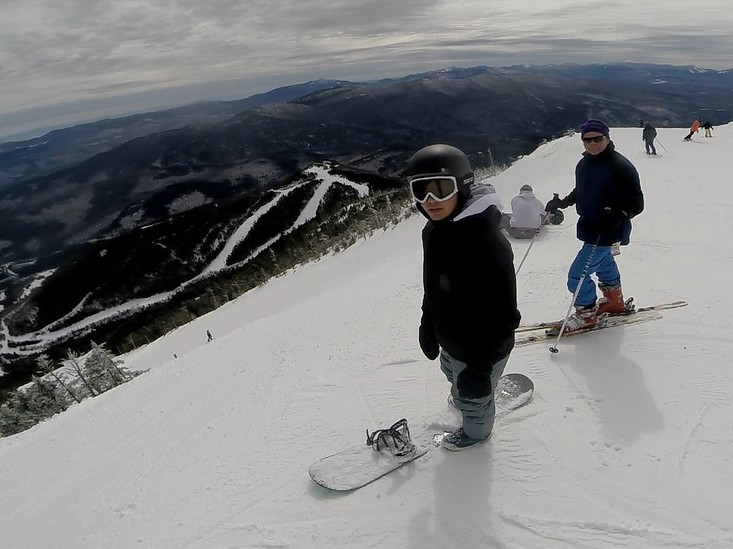 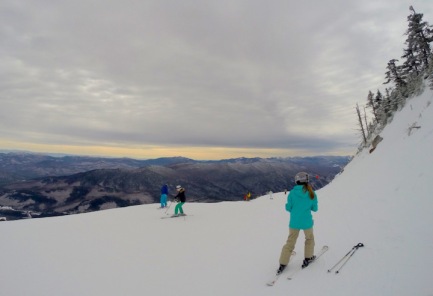 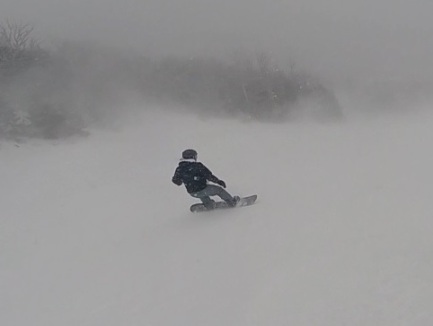 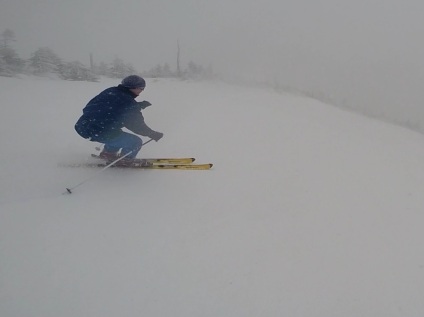 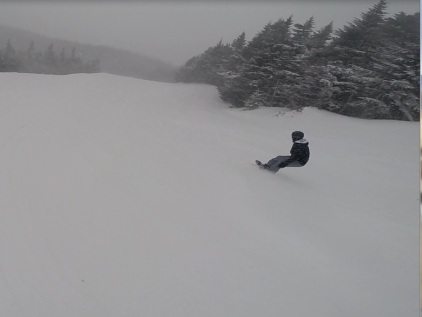 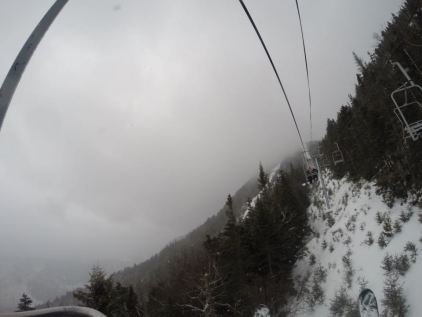